Looking forward to a bit more road in 2012 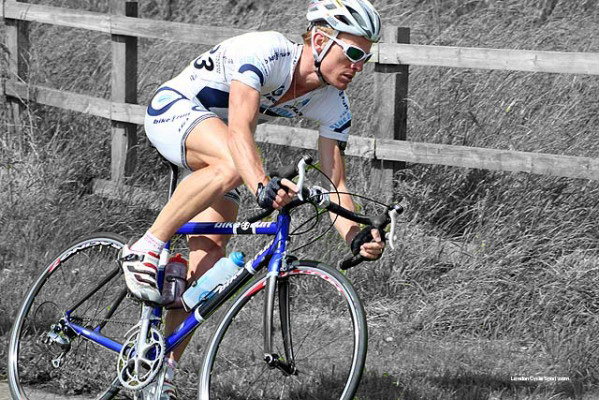 I did two crits in 2011. One at Hillingdon and one at Paulhaguet in Central France. I loved the French one so much (despite the kicking..) as it took me back to racing there in my early 20s and so in 2012 I'm going to be riding in a few select races for VC Riom back in the Auvergne. 10 years on since I was last out there, I'll only be doing a few races but now that I am accustomed to life in the mud there's a part of me that just cant wait to feel the roll of tarmac again.
The smell of melting tar in the July sun, the ding of the last lap bell, the old boy who steps out into the bunch on his way to get his pastis, the fading light of a nocturne in the middle of nowhere, the prime that never was and the roll call of people you befriend in hope of being fed.
Class of 2001, I salute you!
Posted by jez cox at 07:01 No comments:

So, having yacked up my chances at the first round I put in a whole 10 days of really good sessions and was feeling great again right up until I came down with a cold 3 days before the Mudman. It's Saturday afternoon now and the race will have been and gone and I have to admit I feel pretty miffed that it's got away from me again having had to retire with a mechanical in the same race a year ago.
In these situations I have to ask myself what I would be saying to one of my own athletes and as always it would be about taking the rough with the smooth, enjoying the troughs because without them there are no peaks etc etc...  I suppose I've been doing it long enough to know better but that's what keeps us coming back isn't it?  There's always a "what if?" and an "If only" and that's what makes sport so addictive I suppose.  Still. I've filled my morning with periodically emptying my head of the cheese farm's fresh produce and in between incessant snout wipeage I have managed to plot of the rest of my winter Cross Du programme. And here it is:

It's a nice mix of run, bike and cross Duathlon races and the Quad should be great fun but really it's all about the 3 Asics races. I don't know what my chances are with the series now after this bad start so if anything it means I'll have the freedom to go all out to try for an individual win and what better place to start than on the sands of Hankley Common where I won last year.  I hope to see some of you there. It's going to be an exciting year in the sport of cross Duathlon. Although I cant say anything yet I am involved in a number of new initiatives that are aiming to bring cross Duathlon on to yet another level. Humanrace have got it spot on with their Asics series and thankfully other organisers are sitting up and taking note.
Posted by jez cox at 08:01 No comments: