How to train for Cross Duathlon

I've recently written an article about how to make the mud, cold and winter race season work for you and it is published on the nations number one triathlon site www.tri247.com.

at 07:20
Email ThisBlogThis!Share to TwitterShare to FacebookShare to Pinterest

Essex Cross Duathlon, one year to the Nationals and 1st place

Having had a crazy week and nearly run out of time again I thought I would simply use Multisport Management's report from Sunday's Essex Cross Duathlon here:
over to race organiser Graham Lee ( www.multisportmanagement.co.uk ):


The Essex Off Road Duathlon, sponsored by 53-12.com and Essex & Suffolk Water went ahead despite the weather. The original 4k first run was binned as the route was impassable due to the river bursting its banks, so the second 2.5k run was used to top and tail the event.


Race morning was met with very chilly winds but decent enough sunshine after heavy overnight rain, so 70% of the entries decided to get out of bed and turn up and give it a go with five waves setting off at 2-minute intervals. Jez Cox set the pace over the 2.5k first run (9:04) with Kirsty Prior first lady in 10:57s.

The next stage was to tackle the newly extended 14km bike route. One word describes this year's course....MUD! With the previous two years being hard-packed, this year the mountain bikes had the advantage over the cyclocross riders. Jez Cox dominated the bike on his Trek Superfly 29er in a time of 38:50. Kirsty Prior was the fastest female again in a time of 51:17, both athletes streching out their respective leads.

Out onto the final run and Jez and Kirtsy romped home in a time of 9:52 and 12:58 respectively to take the wins and go into next year's English Cross Duathlon Championship as clear favourites.

Roy Young was top male vet and finished second overall, having found a new lease of life in the muddy stuff and Dan Foster was third. Jenny Hartley and Clare O'Neill completed the ladies podium a couple of minutes after Kirsty.

The pair relay teams had their debut in this year's race, with the runner completing both start and finish legs and the cyclist doing the middle section. It was easy to spot who did what, as the runner would have a lot less washing to do when they got home! Well done to Jamil and Jason for fastest male pair and the Jellicoe family for fastest mixed pair.


at 07:16
Email ThisBlogThis!Share to TwitterShare to FacebookShare to Pinterest 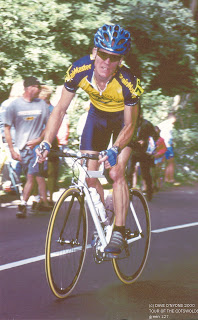 In November 2002, as an Elite Road racer with an offer from a cycling team in Northern France on the table for the following season, I entered Dave Wardle's Autumn Duathlon at the Hillingdon circuit for some end of season training. To my surprise, I won, and not just that but I actually seemed to enjoy the running. In the coming weeks I began to run much much more and so the seed that had been planted began to grow. The French team were offering an apartment to live in with 3 other riders and a full programme of decent races as well as a (very) basic wage. 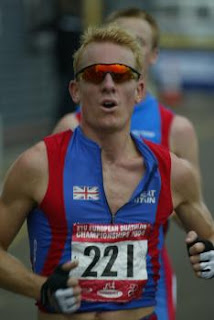 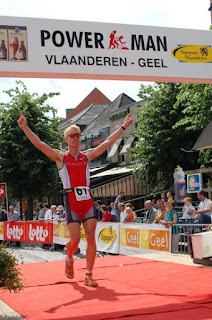 Of course, logic would have dictated that I go with the cycling option and do some Duathlon for fun on my return but that's not my way. I prayed about it and waited for an answer and the answer was clear: Stay in the UK and give Duathlon a go whilst building a new life for myself. 6 months later I had fully converted to being a run-biker and had met and moreover was engaged to the beautiful Leda Ray. by this stage I had heard all about the sticky endings for said French team which had folded and sent the riders home having (as always in cycling) run out of money.  Meanwhile I was enjoying the freedom of running and not having to drag masses of bike kit everywhere with me and if anything, as marriage went on, I had more and more time to train and look for improvements as Leda was away racing in far flung parts of the world for most of the first 8 years of our marriage.  All these years later Duathlon has given me so many incredible memories and I have made many great friends through it. I'm pleased to say I have never made a penny from it but what I have gained money cannot buy. I'm now loving putting something back as the GB team manager and I'm also heavily involved with many of the countries best Duathletes and events through my own company, howgoodcouldibe.com. 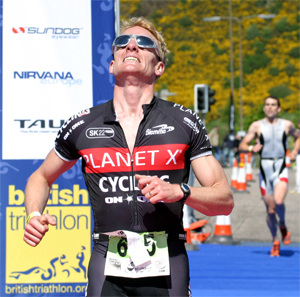 Sunday's race was a great event where I really felt all the hard work of my recent training coming together. It was a new one to me, the Walden Duathlon in Essex and although I had a great race and could actually feel the results of all my hill training in Stanborough park finally paying out I did also manage to achieve a new first as I reached the milestone of my 70th win in 9 yaesr of competition:  My first race penalty!  As GB national team manager and a coach this is, of course highly embarrassing as I'm always saying there is no excuse for getting penalties and so as such I wont offer any.  I threw my Maxifuel bottle towards my camper as I rode past at the end of lap one and this is classed in the rules as littering. As such I received a 2 minute penalty and was just lucky enough that I had won by 2 mins 17 seconds and so I hung on by the skin of my teeth. So I'll make no excuses........     But I would like to offer a supposition: Suppose this, if you will : Next time, I throw my bottle on top of my camper, or even better, I throw it in through the open skylight in the roof and it lands neatly in my bottle holder. Is that littering!?  I hear what you're saying: leave it Cox, leave it. 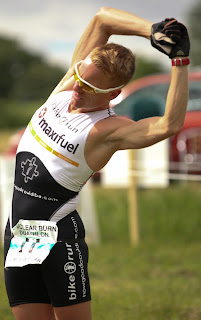 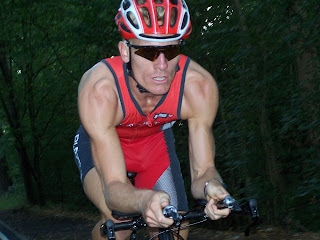 I had my camper with me because the night before I had been a guest of British Triathlon at their Awards dinner where we celebrated a great year for the sport. I was on a table with some of the other GB team managers and it was a fascinating night swapping stories of how we deal with the little 'issues' that come up with athletes in far flung places on the world circuit. It was also great to see our Olympians being honored and all this before catching 4 hrs sleep in the car park outside where the temperature was -2 degrees which is, it seems, the perfect preparation for racing!
at 07:36
Email ThisBlogThis!Share to TwitterShare to FacebookShare to Pinterest

Waddenhoe Quagmire Series Round One : 2nd

Sunday saw the opening round of the 4 race winter Quadrac racing series which is tellingly known at the Quadmire series on account of the Quagmire that you have to run through on both runs. When I say ‘have to’, that's a literal comment because with a fence to your left and the river nene to your right you have no choice. 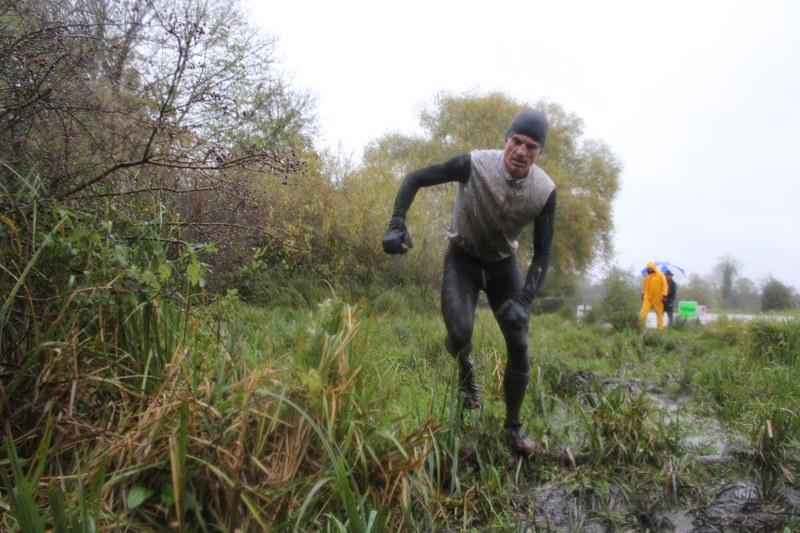 I had heard of the races’ short but brutal nature last year and managed to get an entry in for the final round for which the course was frozen solid.  This, as Sunday proved, had given me a false sense of the course being ‘undulating but nowhere near as bad as people had said. 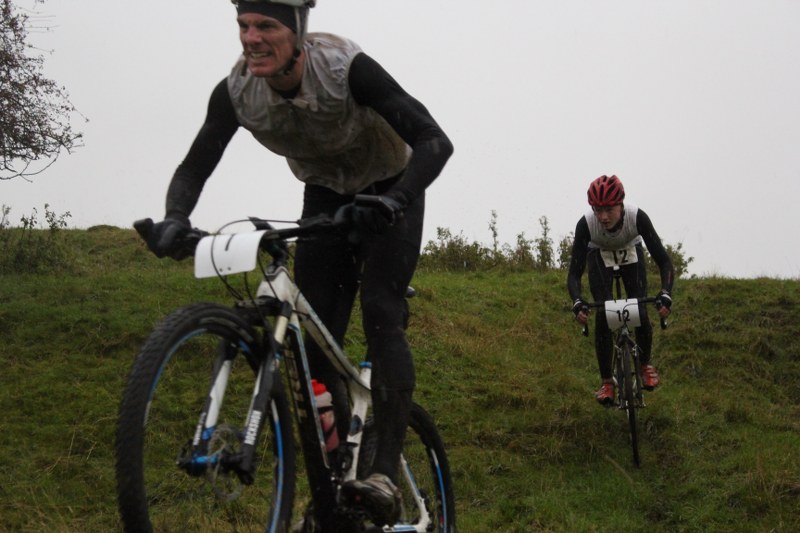